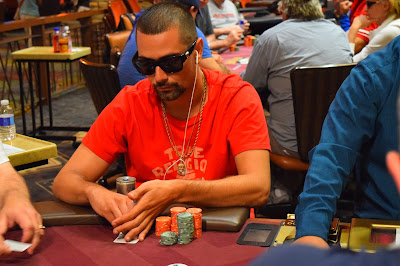 Geralis was one of the first names to catch people's attention when the largest-ever poker tournament took place at this year's WSOP. Geralis finished Day 1C as the overall chipleader, building his 5,000 starting stack up to 159,000.

"There's a long way to go, so I'm not trying to get too high right now," Geralis told PokerNews after he wrapped up his first Colossus day. "It feels good to have the opportunity to possibly win some serious money."

Geralis also has something in common with chipleader Minh Nguyen, as both are former champions in the $425 DeepStack that kicks off four different series' ehre at Thunder Valley. Geralis won the August 2013 Players Championship Series $425 for $42,000, his biggest cash to date.