So THAT is How to Play Those Cards 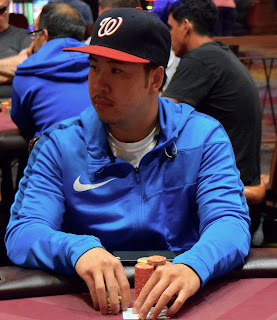 The flop of 2♠️7♣️6♣️ does little for VU but add a backdoor flush draw.

The turn A♣️ gives Noy a set but it also completes half of that backdoor draw for Vu.

Noy yells and slaps the felt hard when the T♣️ lands on the river, finishing off the flush, doubling Vu and leaving Noy with about 105,000.
at 9:19 PM