You Do Know the Name Sequeira 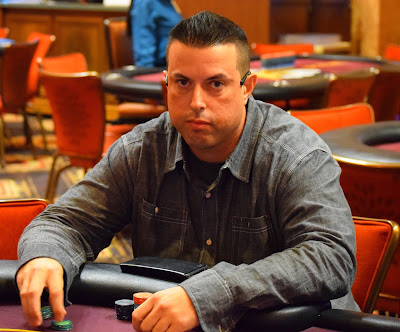 Many people following the @AnteUpMagazine NorCal Classic Main Event the past two days have been wondering "Where do I know the name Mario Sequeira from?"

Sequeira is the 2011 Thunder Valley Players Champion, taking the title and $75,000, but he's better known for recent play on a bigger stage. Those who watched this year's WSOP Main Event know where they saw him.

Sequeira started Day 6 of the WSOP Main Event 64th of the 69 players in chips and went on a massive run, going in to the final day (before the November Nine) 4th in chips with more than 11 million.

Early in the day he enticed Pierre Neuville into an all-in move while Sequeira was holding QQ. Neuville was holding K6 and was caught making a move .... until the K hit and eliminated Sequeira, chipping Neuville up to the point he made the November Nine.

Sequeira cashed for $262,574 and now is sitting 3rd in chips here with 20 players remaining.