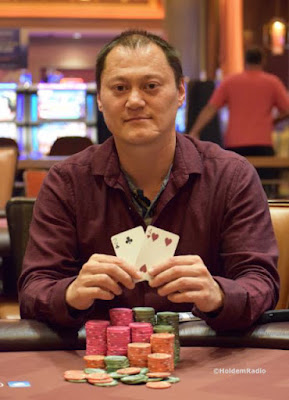 Pacifica's Joe Christman takes the $425 Monolith Title, his second Major here at Thunder Valley as he is a former HPT Main Event champ from here as well. Christman and Rafael Gonzalez agreed before heads-up play began to divide first and second place money with Gonzalez taking the larger share of $45,000 and Christman $40,200. They played heads-up for the title, the $1650 AnteUpWorlds Main Event seat and Player of the Series Points.