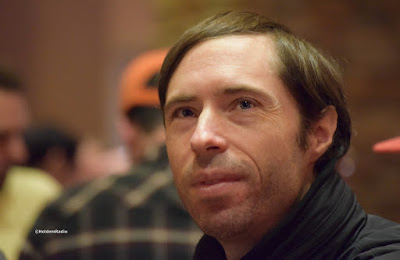 Jaime Haletky starts heads-up play a substantial short stack - down 10.8 million to 1.6 million - but that doesn't seem to slow him down as he doubles KQ>K9 on the first hand of Heads-up play for the Ante Up World Championship and $124,940 top prize.