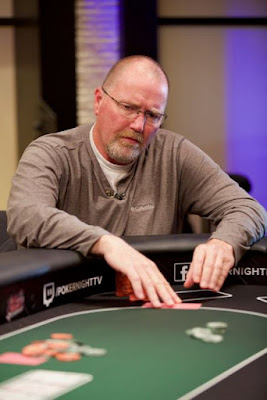 The short-stack with just 700,000 chips at one point in 5-handed play, Rob Anderson battled back and eventually found his way to $65,780 and the 2017 Poker Night in America Main Event title.

The major event was the next-to-last hand, Anderson 3-betting with AK and James Phamsopha 4-betting all-in with AT. Anderson held, leaving Phamsopha with just 7BB. One hand later and Anderson - with a career-best $3,155 cash to his name - went 20x by winning the title.