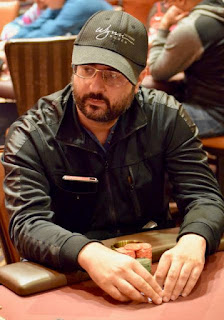 pairs both Drake and Kitagawa, also gives Drake a backdoor flush draw as each look to come-from-behind to crack Kings and stay alive.

, the flush draw is alive for Drake ..

, a double-elimination for Habib to move to the chiplead.

Players are on a 10-minute break for a color-up. When play resumes, action is 3 eliminations from the end of the night.