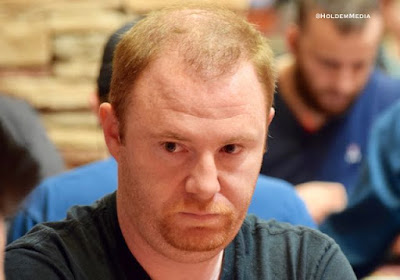 @MimiLuu2000 moved all in on the money bubble and drew a call. Tom Riley also moved in and was called. Luu held, Riley was knocked out and the happiest player in the field had to be Mike Lancaster from San Francisco.

Lancaster was down to his last two 1k yellow chips for antes. He's turned those chips in to the first cash of the day as he moves in the very next hand, flops top pair but falls to an overpair, earning a $5,862 cash.