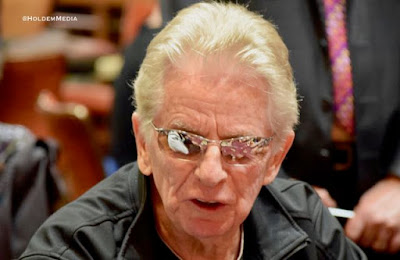 Tom Riley from Oregon is down to his last 1k ante in the BB and ends up with only one caller. Riley woke up with 77, his challenger 76 and this was the anti-sweat as people gathered around hoping Riley would hold. The board paired twice, but it was Kings and 2's so the 7's played and Riley is still in. His wife Janet, below, was far more nervous during the hand than Tom. 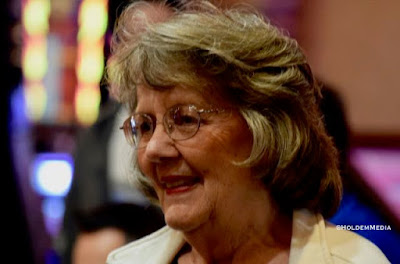