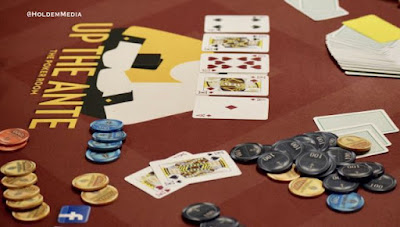 Rafael Gonzalez - reigning @TurlockPoker Series Champion - sure thought he was good on the flop, and so did his challenger (a player who does not want his name used).

and all the chippies were in the middle. Gonzalez flopped middle set with his

but his challenger was holding QJ for Broadway.

This ain't New York City, baby, baby, Broadway is just another street around these parts.