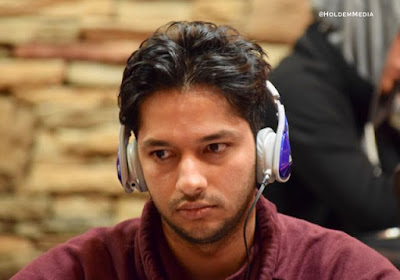 2016 @WPT Rolling Thunder runner-up Moshin Charania calls off his 300,000 stack from the button to a push from Tom Sego.

Charania has AK, ahead of Sego's AQ until there's a Queen in the window, and Charania starts to push his chips. The river, however, is a King and Charania is up to 50BB. Sego slips to 15BB.