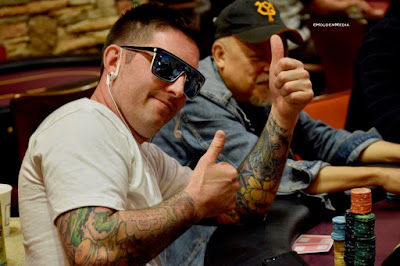 Stanford has been responsible for three knockouts in less than an hour and is approaching a 4x stack already. That's more than half of yesterday's final 37 players bagged after 15 levels. ... Stanford has run deep here at TVPokerRoom is tourneys before, but he says he's much more focused, has made a few positive-for-him life changes and thinks this could be his tournament.