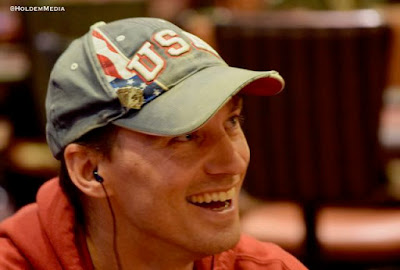 Three cashes in 6 events has pushed Jeff DeWitt up to the top of the leaderboard in the race to become the 2017 Thunder Valley WPTDeepStacks Series Champion. DeWitt is the only player so far with three cashes, earning Bonus Points for the Extra cashes. He stands to get a 30-point bump with his next cash.

With 207 total points, DeWitt has a 27-point lead on Action8 Champ Jonathan Alley with two events left in the Series Champion race - today's $160 Omaha and tonight's $235 Stacked. DeWitt is playing in the Omaha today, trying to pick up more points and extend his lead going in to tonight's leaderboard-finale.

William Bassett (3rd) Nader Haddad (5th) and Timon Rooney (8th) and Edward Scott are all in the Top-10 partly due to all having two cashes already in this series.

"Ed's Here," Scott made the biggest move yesterday, jumping up from 96th to 10th with his runner-up finish in Event 7.

Stay tuned for results from the Omaha, and if you have points you better make sure you're in tonight's $235 Stacked to make your run at the title.