1 Win From Player of the Series 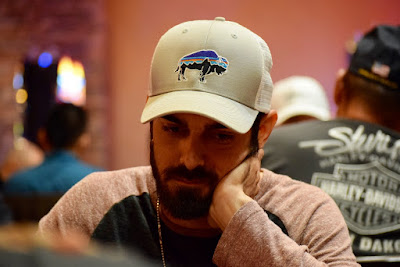 Reno's Mason Rosenberg (above) is facing off right now against Paul Brown and the match has more than just the Head to Head Championship at stake for him.

Lurking near is Mike Postle, who has already advances to the money round and - if Rosenberg does not win this match - Postle must make the championship match to earn Player of the Series.

Rosenberg and Postle both have 6 cashes so far in the series.