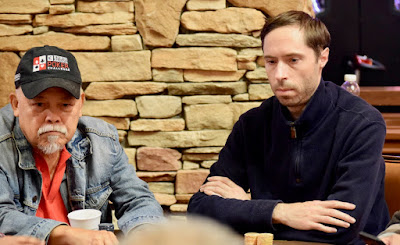 Jaime leads out and Jaime raises, Jaime 4-bets all in for 26,000 more and Jaime calls.

Jaime has AQ and Jaime has 66.

Jaime catches a 6 on the flop.

Jaime catches a 6 on the river.

There's a 6 on the flop, another on the river, quads for Jaime against Jaime and Jaime doubles through Jaime.