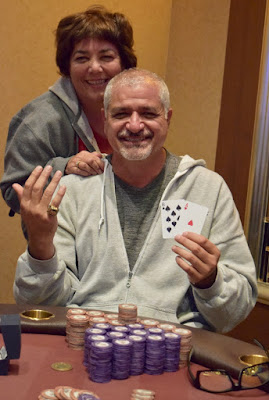 @WSOP Circuit Event 10 goes to Al Sanchez, who has been on an impressive run during this entire series.

Sanchez defeated Connor Henderson heads-up to win his first circuit ring on his 3rd final table of the series - two of those FT's being today. Henderson cashes for $11,076 for his runner-up finish.

The #RunGood continued as he was chipleader with 18 remaining in this event and he held that chiplead for all but a few hands the rest of the tournament.

Al and Sharon Sanchez are two of the most well-liked people in TVPokerRoom. So many players came by throughout the evening to see how Al was doing. A handful of the remaining 6-Max players left their tables to run over and offer congratulations as word spread through the tournament area of Al's Circuit Ring win.

We were even able to get him to pose for this photo after the win ... 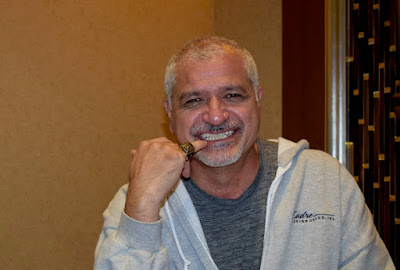 Here are the final results