Whoa That Was Fast 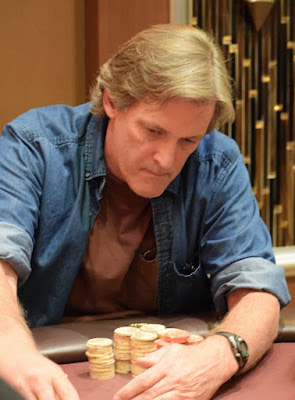 Candace Collins is all in with pocket Queens, Zachary Macbeth is all in for less with pocket Jacks and Francis Witek - who has both players covered - calls with AT.

Brett Murray was knocked out in 10th a few hands before this, an $806 cash.

Three hands after the double-knockout, it is Vitek picking up pocket Jacks this time and holds against the A5 of Steven Jackson, who cashes in 7th for $1,585.

There was a LevelUp as well while I tried to catch up, so action is now at