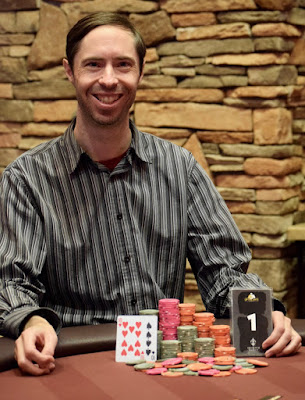 What a way to celebrate a birthday.

Jaime Haletky - runner-up in the 2016 Ante Up World Championships here, took one step up the pay ladder and today claimed the 2017 Ante Up NorCal Classic title, deafeating Justin Mackey is a lengthy heads-up match.

Haletky joins two others with top-two finishes in Ante Up Main Events at TVPokerRoom.


There's an entry in the 2018 Ante Up World Championships for Haletky as part of his $49,865 firs place winnings, so he'll be back looking to be the first to three-peat a top-two finish.

Now it is time for him to head off and celebrate the rest of this special day for him ... today is Jaime Haletky's birthday .... quite the celebration.

Here are the full results