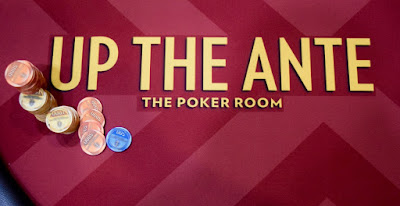 Day 1B - a short-stacked Thomas Emerson moves all in and is called by his table-neighbor Rafael Gonzalez - the 2016 @WPTDeepStacks Turlock Series Champion.

Emerson turns a  Nine, three spades on the board

The river is a fourth spade .. Emerson's Seven is a spade .... but Gonzalez has the Eight_of_Spades and that 8 plays.

Emerson is eventually making his way back to registration from the hotel lobby tournament expansion area.