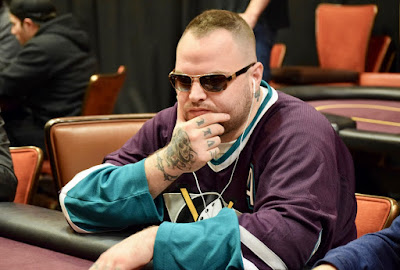 @RexClinkscales comes to a number of @TVPokerRoom tournaments each year, when he's not at a @GoldenKnights game, that is.

He has something no other player can claim in calendar year 2017 .. he is the one, the ONLY ... player with two @WPTDeepStacks Main Event titles.

Rex scored his first win in Tampa in June, following that up with another win in the Battle of Alberta in September.

He's one of the Late Arrivals for today's Day 1A of the Million Dollar Guarantee $2500 Championship.

Um, I realize I grew up on Venice Beach and might not be the world's greatest hockey acificonado - nothing like Matt Savage - but, well, um, Rex, is that a Golden Knights jersey?