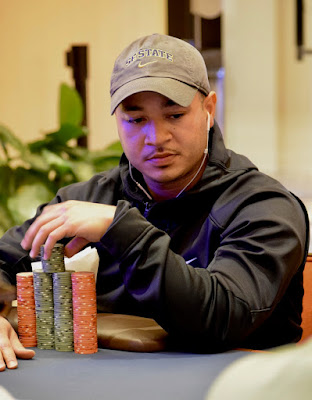 The turn is a Ten, Kniep locked in on Jackson, who takes his time counting out chips for a 475,000 bet.

the chips come out in a single stack, Kniep asks for a count, then calls as soon as he hears the number.

Kniep flips up pocket Aces, pays off the bet and loses half his stack.

Jackson is to about 5 million now of the 15 million in play.

There's a LevelUp as I wrote this, action now at