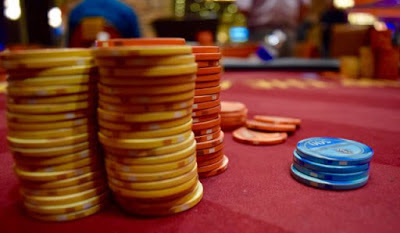 Down big early, wins a flip, then the chips go in the middle preflop - Richard Ropiak has a 3.5-1 chiplead on Chris Hinchcliffe and calls the all-in to put Hinchcliffe at risk..

Ropiak moves on to face the winner of the Kirk Rexford/Ron Cristian Semifinal. He will have a 308,000-252,000 chip advantage to start the match.