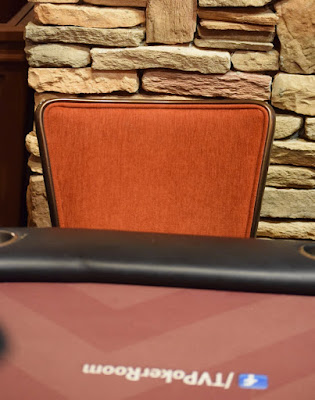 There's a Blind on Blind clash between Gary Pisarek and Deb Wall over at Table 11. Gary sees a King and raises. Deb sees two Aces and flats.

There's a King on the flop, Deb moves all in and Gary calls.

Why does Gary call?

Because he not only paired his King, he also paired his Deuce kicker.

There's a LevelUp as I wrote this, action now moving to