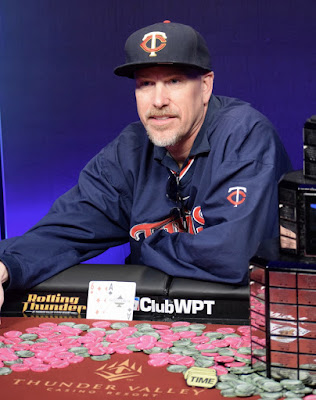 Short-stacked from late on Day 3 through most of the final table, David Larson comes back from 15th in chips with 15 remaining to claim the March 2018 @WPT Rolling Thunder $3,500 Main Event title.
Larson - from San Jose who is a tournament regular at TVPokerRoom - overcame nearly a 2-1 chip deficit as heads-up play began to defeat Ian Steinman for the victory. Larson eliminated former WSOP Main event champ Joe McKeehen in third place en route to the win.

Here are the final results