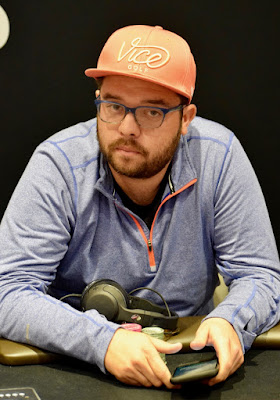 @MikeNoori moves all in preflop for 1.65 million and is called by Ravi Udayakumar.

Noori shows Queen_Jack and is up against two the Red Tens of Udayakumar.

There's a Queen on the turn to give Noori a boat, but hold on, that's the Queen_of_Diamonds .. Udayakumar now has an open-ended straight flush draw

The board goes Bary Greenstein ("Ace On The River," the name of Barry's book) and Noori doubles to 3.4 million, Udayakumar down to 2.5 million