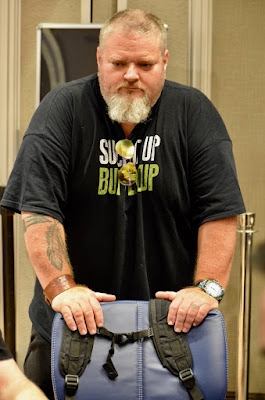 White runs the math, kind'a aloud, and calls to put both players at risk

White shows Pocket_Sevens and he's the only one with a pair, up against the Ace_Queen of Smith and King-Ten of Naggiar.

There's a Ten on the flop to put the short-stacked Naggiar in position for a triple-up, but White four-flushes and eliminates both players.