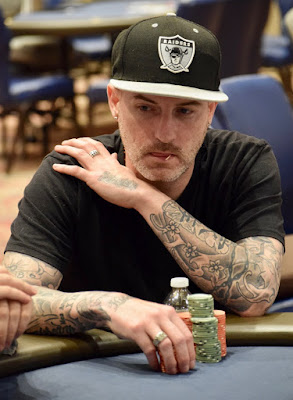 5-handed #WPTDSThunderValley OneDay100k - One hand after doubling-up Curtis Longman, Jim Anderson is eliminated by Longman during a 3-way all-in for the last 1.5BB of Anderson's stack.

Longman, Paul Kuchta, Sean Drake and Greg White are the final four and they are debating whether to run ICM numbers as a LevelUp takes place and there's now 82BB total in play.