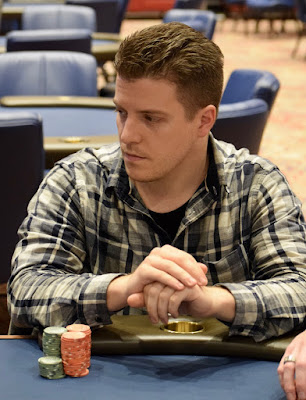 White has King_Queen (no spade) for an open-ended straight draw
Kuchta has King_Deuce of spades for a flush draw, no help if he pairs his king

White goes Broadway on the turn, but that Ace is a spade, giving Kuchta the nut flush and a double

White, who moved to 2.9 million the previous hand, is to 1.7m
Kuchta is now chipleader at 2.3m